Our agents are licensed by the state of Florida to help you with Medicare.

2021 Medicare options for Miami feature advantage plans from major companies and medicare supplements that are guaranteed issue when you are turning 65, and underwritten after that.

Miami also has Medicare supplements including Plan G, high deductible Plan G, Plan N, and others. Please contact us to discuss your options in Miami-Dade County.

Please contact us if you are changing counties or need help with Medicare, moving to Florida. 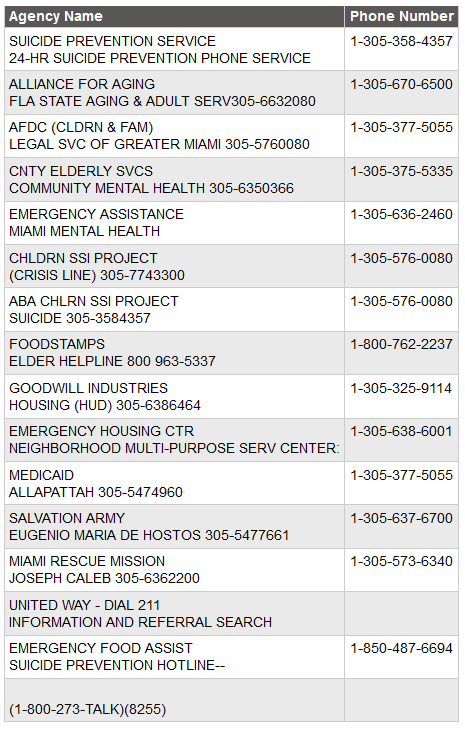 We service all of the following areas for Miami Medicare:

Allapattah - Postal codes include 33136, 33125, 33127, and 33142. Miami International Airport is five miles to the west. It contains a large textiles market, including many garment manufacturers.
Arts & Entertainment District - This neighborhood used to be known as Omni. It's urban, with many large towers and lots of shopping. It is contained within the postal code 33132.

Brickell - Medicare Supplements are often chosen here.  This neighborhood is downtown and considered Miami's financial district. Inside of 33129, 33130, and 33131, it sits south of the Miami River, west of Biscayne Bay, and south of downtown.

Buena Vista - This mostly residential neighborhood is bordered by Little Haiti to the north, and sites inside zip codes 33127 and 33137. It's north of I-195 and east of I-95 and west of Biscayne Boulevard.

Coconut Grove - also called "The Grove," it was established in 1925 and sits inside of 33133. This neighborhood is famous for hosting outdoor festival and large opportunities for shopping, located to the west of Biscayne Bay.

Design District - Famous for art, shopping, and restaurants, it used to be considered a part of Buena Vista. It lies inside of 33127 and 33137, west of Biscayne Boulevard.

Grapeland Heights - Home of Grapeland Water Park, it's located between the Dolphin Expressway and NW 21st Street inside of 33125, and 33126.
Health District - This neighborhood is also called the Civic Center and mainly consists of hospitals, government offices, and research institutes. Completely within 33136, it's also home to the University of Miami.

Lummus Park - This community is on the National Register of Historic Places, with some of the oldest buildings in Miami, with many made in Mediterranean Revival style. It's inside of 33136 and represents the city before the land boom of the 1920s.

Midtown - This area consists of the Edgewater and Wynwood neighborhoods.

Overtown - This community northwest of downtown is in 33136, and is the second oldest neighborhood in Miami.

Park West - Inside of downtown and 33132, it's home to several huge condominium towers built in the mid 2000s.

The Roads - This neighborhood is known for tree-lined streets and old homes. It used to be called "Brickell Hammock" and lies within 33129.

Upper Eastside - Sometimes called "The Eastside" or "Northeast Miami," it sits on Biscayne Bay and inside of 33137 and 33138. It's mostly a residential area with historic homes.

Venetian Islands - This is a chain of artificial islands in Biscayne Bay contained within 33139.

Wynwood - Known for entertainment and fashion inside of 33127, this is also considered the technology district.

We handle Medicare Advantage plans in Miami-Dade county, as well as Miami Medicare supplements. Please contact us if you need help with Medicare, moving to Florida, or if you are moving to a different county.

We serve the entire state of Florida, including Jacksonville, Miami, and Tampa.